Setting the stage for success 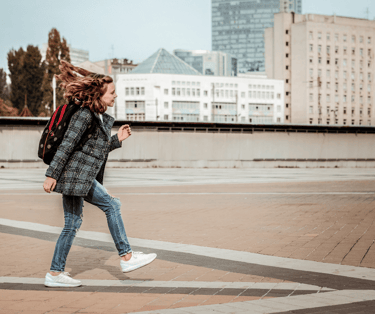 My husband and I have some friends with kids who are a couple years older than each of my children.  Developmentally and interest-wise, they are about one stage ahead of my kids.  Frequently when we go to their house, they are getting ready to get rid of toys or other things that are just right for my kids.  My kids love it - it's like Christmas every time we visit.  It's even become a running joke.  "Hey kids, we're going to the Romos!  Get your backpacks!"

There’s something to be said about being expectant and prepared. Kids are really good at this. This exchange reminds me of my earlier years when I was working with a client in a consulting engagement doing insurance discovery and verification. Like kids who know they are about to receive something, this client was good at preparing to be successful, which helped ensure that they were indeed successful.

Now I work as the Product Manager for boost™ – a managed solution for insurance discovery and verification that was based on this consulting project.  In addition to inspiring the development of boost this project taught me two big lessons when preparing for success.

When we first piloted the project, they chose one insurance payer to perform discovery for and then assigned one person to be responsible for making sure that this new insurance information turned into cash. This person was passionate about finding money for the hospital. She was the one dedicated to researching high dollar encounters and self-pays to see if she could find any insurance that might be responsible.

As they quickly saw success, we continued adding more payers and they continued finding more opportunity to bill third-parties. This original analyst was able to deliver these results all because she had a powerful tool working for her by identifying both problems with existing insurance as well as finding unknown coverage. Our process of searching for coverage gave her a big boost (pun intended) in the job she was already doing. When the hospitals saw her success and how much money they were collecting, they created a small team to work with her reviewing the errors that came out of the insurance verification process as well as adding newly found insurance to encounters.

Grow from your achievements

In the first year, they collected $30 million because of their automated insurance discovery. With an extra $30 million coming in the door, no one balked at having a team dedicated to working insurance, and so the team grew. Now, new hires are assigned to this team where they learn the EHR, learn about insurance, and ultimately help the hospital in a tremendous way. As the success of this project became clear, the hospital was ready to rearrange their staff and hire new staff to make sure they were able to cash in on this tool as much as possible.

Prepare Others for Success

The problem of silos

During my time as a consultant, I spent a lot of time working in hospitals with IT and business office folks. Having boots on the ground allowed me to understand more about how the organization worked. One of the major challenges I observed was that departments tended to operate in silos. Sometimes we would be working with one department for years before finding out that a neighboring department was struggling with some of the same problems we were solving in another area. Other times our projects would stall because one group was completely on board, but we didn’t have buy-in from other stakeholders.

For this big insurance discovery and verification project, one thing the driver of the project started was what he called the “Roadshow.” We intentionally spent time going all over campus educating and preparing other departments for what we were doing. We presented to the hospital CFO regularly so that he knew about the value that this project was bringing.  (He always liked the part of the presentation when we told him how many millions of dollars in cash the insurance discovery process brought in.)  We trained registrars in many clinics so that they understood what our discovery and verification process was doing and made sure that they knew who to call when they had questions. The Roadshow led to full support from the CFO, the project being well known around campus and insurance discovery and verification being embedded in the culture of the organization.

These are lessons that I want to keep in mind. By preparing for newly found insurance and improvements to insurance, and by building bridges between departments, this hospital continues to collect around $20 million per year – even now, nine years after the project began. Nothing gets lost to timely filing, and they are confident that money isn’t being left on the table. I don’t know about you, but I’d get my backpack out for that.

How will you prepare for success in your projects this year? 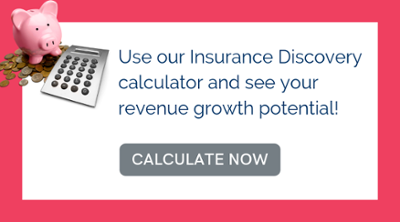