10 Tips for Embracing Change at Your Organization

Change Management Tips for Leaders on How to Encourage and Equip Your Teams for Change.

When discussing change management,  people often think of significant, organization-wide change. While that might be the case, change can also be limited to implementing a piece of software of introducing a new member to the team.

Because I've seen what successful and not-so-successful change implementation looks like, I wanted to share insights on why many may resist change and tips to help your organization embrace change.

Any change brings feelings of anxiety with it. The reason most change initiatives fail is the people responsible for seeing that change through were not fully invested in the change. While they may not actively sabotage the initiative, they were not committed enough to see it through.

Some of the more common causes of anxiety are:

When people know change is on the horizon, they have no idea what the future holds for them. Rosabeth Moss Kanter's quote, perfectly describes people's resistance to uncertainty. Most of the time, people would rather suffer than change and face uncertainty. This sentiment is summarized in the saying, "better the devil you know than the one you don't."

People develop systems and patterns to achieve competence. When facing change, they inherently worry that they will no longer be as proficient or competent.

It's important to understand why people are resistant to change. In a perfect world, everyone naturally comes on board and is excited, but that rarely happens. The following steps can help in getting the stakeholders of change on board. Once everyone is on board, making successful change becomes much easier.

Creating urgency comes down to clearly expressing the why of change. It's important that everyone affected by the change understands why it's important and how their lives will improve after the change has occurred

An effective way to do this is a roll-out meeting. Think of this as a sales pitch because that's what you're doing. You're selling the change and getting people excited about it.

After the roll-out, offer to meet with people individually to share more information or address their concerns.

The most important step here sis executive buy-in. The endorsement of change needs to come from the top. Change needs fierce support from the C-Suit and leaders.

It is also important that those affected by the change have endorsement from peers they respect. Identify the sponsors of change. Determine who is excited and form a coalition of team members that will evangelize the change to their peers.

Create a simple and easy to understand vision statement. This should be similar to the vision statement a company would create. It should define the reason the change exists and the intended outcome of the change.

Now that you have a vision statement, be relentless about communicating it. By nature, excitement dwindles. As people become entrenched in tactical activities, they lose sight of the bigger picture. By consistently communicating the people, you can keep people excited and committed to the change.

The mark of a good leader is one that clears the path for the people following them. Identify obstacles early and often. Then, smash them. Be the bushwhacker in front of your team making sure they have the quickest path to success.

Whatever you do, don't become the obstacle with autocratic leadership style or lack of empathy for the discomfort you're people are soldiering through.

Identify points a long the way that can be called "wins." Break the big win into sub-sections so that you can celebrate often.

If you set the win around reaching the large objective, your people can get demoralized and demotivated. They can begin to feel like they aren't accomplishing anything.

By breaking wins in to small groups and celebrating progress, you will keep them engaged and give them a sense of accomplishment.

When you feel the change has been implemented, don't stop. Build on it. By consistently building on change, the change itself will become a part of your culture. Continue to repeat steps one through six.

8. Embed the change in your culture

Make the change stick. Embed it in to your processes and culture. Make pieces of it part of everyone's every day. Make it a subject in recurring meetings.

Determine what defines success and progress, then measure it constantly. Make people accountable to metrics they influence.

Don't use this as a "gotcha" tool. Instead, use it to celebrate success and identify where more support is needed. Assume your team wants to be successful. If they aren't successful, before you assume incompetence, assume they weren't properly equipped. Then, find out what they need to be successful and deliver it.

This is one of the most important contributing factors to success. Make sure your resources are properly aligned.

In our blog post about planning to prepare for success by Rachel Bowles, focused on how to successfully implement insurance discovery. The author explained how the client's organization payed close attention to how they would align resources. They started with assumptions so that they could have alignment before the change was even initiated. Then, the client refined the alignment of resources as they learned more.

The point is, without properly aligning resources, it would be easy to implement the change but not reap the benefits.

Change is one of the most difficult things we do. Both personally and organizationally. However, without change, we become obsolete.

Change is necessary to keep up with the changing world around us. As technology advances every day, we also have to change to adapt to new capabilities.

While change might be difficult, properly planning and managing change can make the process much easier and lasting. 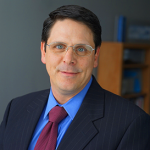